The following names are  transgender people who have been killed by acts of violence in the United States of America
from January 1st 2020 to December 31st 2020.

0
Number of trans people murdered in 2020

Dustin Parker, a 25 year old white trans man and father of four who was shot and killed while working as a taxi cab driver in McAlester, Oklahoma

Neulisa Luciano Ruiz, a homeless transgender woman of color was shot to death in Toa Baja, Puerto Rico. After using the women’s bathroom, her attackers followed her and filmed their attack, posting it on social media.

Yampi Méndez Arocho, a 19 year old trans man of color was shot 4 times, two in his face and two through his upper back and killed in Moca, Puerto Rico. 5 hours prior to his death he was attacked by a woman and his mother reported the incident to the police.

He loved basketball and the NBA, particularly the Miami Heat. 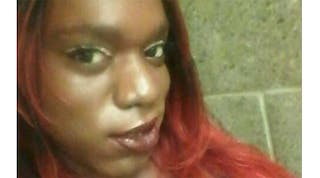 Lexi a 33 year old black trans woman was stabbed in the neck at work in Harlem River Park, Harlem, New York. It is believed the attack was a fellow trans sex worker whom she got into a fight with the night before over a wig Lexi had pulled off of her. 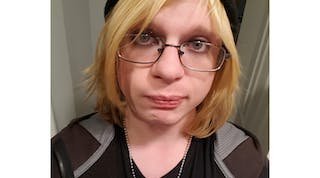 Johanna Metzger was a 25 year old white trans woman was stabbed to death in Baltimore, Maryland where she traveled to seek help at a recovery center.

She taught herself how to play multiple instruments and was a college graduate. 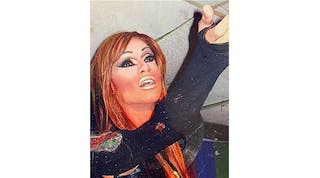 Penélope Díaz Ramírez was a 31-year-old trans woman of color was killed in Bayamon correctional complex in Bayamon, Puerto Rico

Serena Angelique Velázquez Ramos, was a 32 year old trans woman of color who was shot and burned under a highway along with Layla Pelaez Sánchez while on vacation in Humacao, Puerto Rico. May 1, two Puerto Rican men were charged under federal hate crimes law for Sánchez’s death.

Layla Pelaez Sánchez was a 21 year old trans woman of color who was shot and burned under a highway along with Serena Angelique Velázquez Ramos  in Humacao, Puerto Rico. May 1, two Puerto Rican men were charged under federal hate crimes law for Sánchez’s death. Nina Pop was a 28 year old black trans woman was found stabbed to death in her apartment in Sikeston, Missouri. 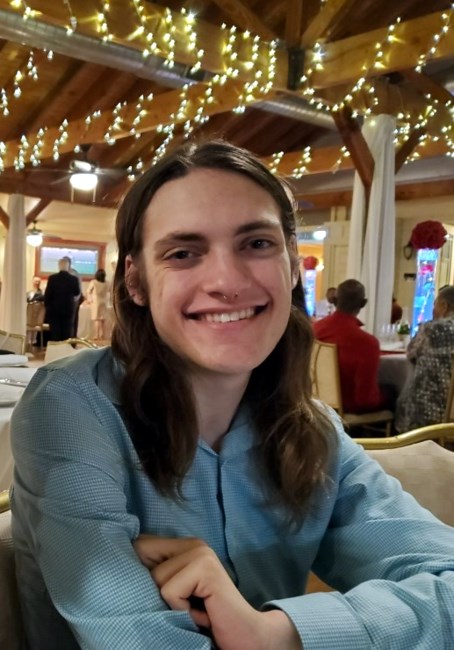 Helle Jae O’regan, a white trans woman had just turned 20 years old 3 days before her death in San Antonio, Texas. While preparing to open up the barbershop she had worked at with 3 other employees, a man came in asking to make an appointment. When he was asked for a form of payment he became angry, walked out, and came back with a gun and a knife. He had choked Helle unconscious, stabbed another employee, came back and stabbed Helle to death.

Salazar, Maritza. “’What Have You Done Wrong?’ Suspect Yelled to Barbershop Victims before Brutal Attack.” WOAI, WOAI, 7 May 2020, news4sanantonio.com/news/local/arrested-man-accused-of-killing-woman-in-barbershop-attack.

Jayne Thompson was a 33 year old white trans woman who was shot and killed by a Colorado State Patrol trooper Jason Wade in Aroura, Colorado. Police were called about a person who had been described a person who had been standing still, in the same position, for a “couple of hours.” She did not respond when or acknowledge other people when asked if she needed help. When police arrived, It was reported that she had ran towards the officer with a knife, who then shot her several times. The officer was not charged with her death.

Alex.Zorn@gjsentinel.com, ALEX ZORN. “No Charges to Be Filed against CSP Trooper in May 9 Shooting.” The Grand Junction Daily Sentinel, 17 June 2020, www.gjsentinel.com/news/western_colorado/no-charges-to-be-filed-against-csp-trooper-in-may-9-shooting/article_1092b20a-9aba-11ea-b37b-9ff7bdcdc7c7.html.

Tony McDade was a 38 year old black trans man who was shot and killed by a police officer in Tallahassee, Florida.

Selena Reyes-Hernandez was a 37 year old woman of color who was shot in the head and killed in Chicago, Illinois by an 18 year old man after he learned she was transgender.

Dominique Ren’mie Fells was a 27 year old black woman who was violently killed, suffering trauma to her face and head, both of her legs were severed at the mid-thigh and was later found in the Schuylkill River in Philadelphia, Pennsylvania.  Akhenaton Jones was arrested in Los Angeles California in connection to her murder on November 9th 2020.

She was an artist and dancer and make plans to go back to school to become a fashion designer. Her friends described her as a vibrant person.

Riah Milton was a 25 year old black transgender woman who was shot and killed during a robbery in Liberty Township, Ohio where two men used a 14 year old girl to lure in Riah and steal her car.

Brian Egypt Powers was a 43 year old black trans man who found dead from a gunshot wound on the sidewalk near the University of Akron in Akron, Ohio.

He was known for wearing colorful braids calling “unicorn braids.

Brayla Stone was a 17 year old black transgender woman who was found dead inside her car in North Little Rock, Arkansas. Local newspaper acknowledged calls for using her chosen name, however decided t consult the family who wanted them to use her deadname when reporting about her.

Merci Mack was a 22 year old black trans woman who was shot to death in Dallas, Texas.

Angelo Walker (20) was arrested and charged with her murder. His bail was set at $900,000. Witnesses said there was an argument about a video of Merci and Angelo together. What was on that video is unknown.

Shaki Peters was a 32-year old black transgender woman was found in a roadside ditch in Amite City, Louisiana.

Bree Black was a 27 year old black transgender woman was shot and killed on a crowded street in Pompano Beach, Florida. Despite the hundreds of people in the area at the time of the shooting, no one has come forward with information.

Summer Taylor was a 24 year old white non-binary person who was hit by a car and killed while participating in a Black Femme March, in solidarity with Black Lives Matter against police brutality in Seattle, Washington.

People had been protesting for about an hour on a highway which had been closed off since July 1st, when a car intentionally drove around blockades, going the wrong way onto the ramp  and driving towards the protesters at a “high rate of speed.” Veering sharply, directly hitting Summer and another victim, Diaz Love (32), who survived the incident.

The driver Dawit Kelete (27) was arrested and charged with vehicular homicide and reckless driving.

Holcombe, Madeline. “The Driver Has Been Charged in the Death of a Seattle Protester Who Was Hit by a Car.” CNN, Cable News Network, 9 July 2020, www.cnn.com/2020/07/09/us/seattle-protesters-car-death-man-charged/index.html.

Marilyn Cazares was a homeless 22 year old trans woman of color who was found dead in an abandoned building in Brawley, California, while the fire department was responding to a fire.

A few days prior to her death, two women, who work for Imperial Valley LGBT Resource Center  pulled over after seeing her walking on the street. They asked if she needed anything, Diaz asked her whether she needed anything. “I need a new wig,” she said, gesturing to her worn clothes and hairpiece. One of the women gave Marilyn her  business card, and Marilyn promised to call her after the weekend. The resource center got her a wig, however, Marilyn never called.

Tiffany Harris (aka: Dior H Ova ) was a 32 year old black trans woman who was stabbed multiple times in the chest in the Bronx, New York after a man hired her for sex.

Queasha Hardy is a 24 year old black trans woman who was shot and killed in Baton Rouge, Louisiana.